What’s the value of Stumbleupon? 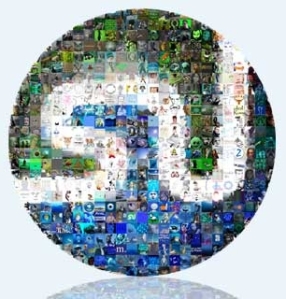 A new online friend, Dave Atkins, asked recently what the value of Stumblupon was. “Who has time to randomly browse web for interesting things?” I’ve been thinking of that too. After all, there are dozens of social bookmarks or social news submission networks around the Web. You can see the best — or at least the most popular — over at popurls.com. Digg, delicious, Reddit, Yahoo! Buzz, Truemors, Newsvine, Metafilter, Slashdot — all the usual suspects plus many of the world’s top blogs and newspapers.

When I saw what Marshall Kirkpatrick had written StumbleUpon Hits 7 Million Users, Quietly 50% Bigger Than Twitter” at ReadWriteWeb, however, clarity of utility of the service came quickly. Here’s how he put it:

What’s got a button to push, knows how to make money while changing the world and is read all over? StumbleUpon! The social discovery network [is] like Pandora for webpages and videos.”

Needless to say, that got my attention. Twitter’s business model is one of the great speculative exercises of our time — well, at least in the hothouse garden of the social media world. Mark D. Drapeau‘s thoughts on Twitter’s vision offer considerable insight concerning the possibilities for the popular microblogging service. As Marshall notes, however, Stumbleupon has several things going for it that Twitter does not quite enjoy, at least to date.

In sum, that’s all powerful. And it’s all occurred without much notice. So here’s my answer to Dave’s question: Stumbleupon has some power when one person uses it to bookmark sites and explore the Web that way. Like delicious or Twitter, however, the service shines when all of those clicks are analyzed and used to rate content on the Web. We’re all deluged with increasing amounts of information online; the websites that matter to me are the ones that help me make sense of it all. I haven’t been using Stumbleupon at all in 2009. I suspect Marshall’s post may change that. Who knows? Maybe I’ll stumble across you. You can find digiphile on Stumbleupon here.