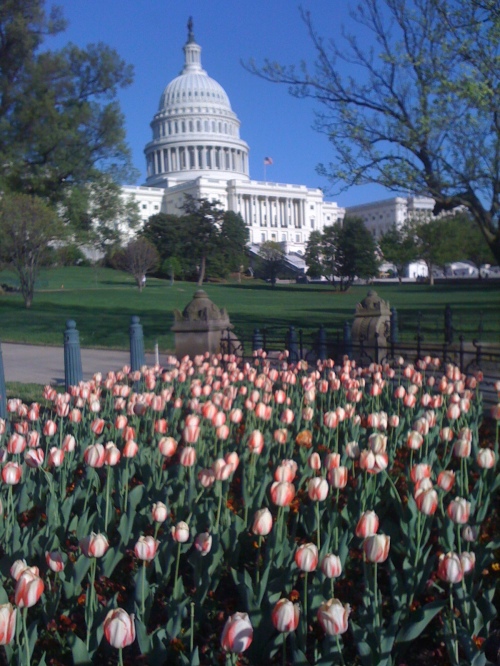 I’m thrilled to announce that I have a new job! Earlier today, I accepted an offer from Tim O’Reilly to be the Washington, D.C. correspondent on Government 2.0 for O’Reilly Media.

I’m hitting the ground running here in the District of Columbia, since O’Reilly’s upcoming 2010 Government 2.0 conference is only a few weeks away — and there’s plenty to do.

Over the following months, I expect to write – a lot – about how technology is being used to help citizens, cities and national governments solve big problems.

I also expect to frequently explain what “government 2.0” is, since the term is in my title! I’ve written before about the language of government 2.0, the history of disruptive innovation and the ways government adapts to technological change. That’s part of it. So is Tim O’Reilly’s concept of government 2.0 as a platform, naturally.

And so is writing about government transparency, the Open Government Directive, relaunches of .gov websites like SupremeCourt.gov or Reboot.gov, and the people behind the technologies that are driving change and innovation.

There’s no shortage of case studies to highlight, from the local town green right on up to the federal or international level. Just listen to the voices from the Gov2.0 LA unconference for a small sample of the perspectives on the issue.

O’Reilly’s goal in Washington D.C. is to “create a context in which people can think” differently about the role of technology in government, and the role of government in society. I look forward to helping to create that context.

In service of that goal, I’ll be blogging, conducting short interviews with government officials and industry participants, writing features and using the rest of the tools for digital curation I’ve been honing in the past several years.

I’m very excited to get started. I expect my new position to be challenging, engaging, rewarding, occasionally frustrating and never dull.

I also expect the process of writing about government 2.0 case studies to be a reciprocal process, as readers help me to understand more about what stories are important to them and which voices deserve to be heard.

I hope that in the days and months to come that you’ll share your perspectives, ideas and suggestions with me.

The story of government 2.0 is already being written every day by citizens, civic hackers, advocacy groups, government employees, researchers and technologists.

As a digital pilgrim, I look forward to chronicling that progress.

Talking about e-health under a new administration

I recorded a new podcast about e-health and IT compliance earlier this month that just went live this week over at the IT Compliance Advisor blog: Dr. William Yasnoff on e-health and compliance in healthcare IT infrastructure.

I’m proud of the work and grateful to the good doctor for taking some time to talk with me about compliance in healthcare IT, e-health, Dossia and what changes we might expect to IT healthcare policy under Obama.