The world has lost one of the rarest of men: someone who not only thought differently but helped create objects that opened all of our eyes too. Tonight, the Associated Press reported that Apple co-founder Steve Jobs had passed away. A letter from Apple’s board went online. And then apple.com changed to an iconic, arresting new image. 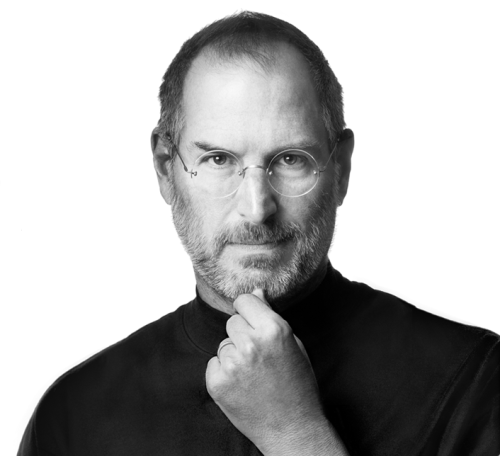 Social networks worldwide lit up with tweets and updates about the death of Steve Jobs.

And, at least for a night, the Web itself felt united in its grief.

Jobs told us “how to live before you die” in a 2005 commencement speech at Stanford University.

“Your time is limited, so don’t waste it living someone else’s life. Don’t be trapped by dogma — which is living with the results of other people’s thinking. Don’t let the noise of others’ opinions drown out your own inner voice. And most important, have the courage to follow your heart and intuition. They somehow already know what you truly want to become. Everything else is secondary.”

While I listened to the speech, I ventured onto a Web absolutely ablaze with sadness, memories, elegies, celebrations and eulogies to Jobs. Following are a few of the voices and perspectives I found.

“Michelle and I are saddened to learn of the passing of Steve Jobs. Steve was among the greatest of American innovators – brave enough to think differently, bold enough to believe he could change the world, and talented enough to do it.

By building one of the planet’s most successful companies from his garage, he exemplified the spirit of American ingenuity. By making computers personal and putting the internet in our pockets, he made the information revolution not only accessible, but intuitive and fun. And by turning his talents to storytelling, he has brought joy to millions of children and grownups alike. Steve was fond of saying that he lived every day like it was his last. Because he did, he transformed our lives, redefined entire industries, and achieved one of the rarest feats in human history: he changed the way each of us sees the world.

The world has lost a visionary. And there may be no greater tribute to Steve’s success than the fact that much of the world learned of his passing on a device he invented. Michelle and I send our thoughts and prayers to Steve’s wife Laurene, his family, and all those who loved him.”-President Obama.

“Bill Gates put a computer on every desk. Steve Jobs put one in every pocket, purse, dorm room and bedroom.”-New York Times

“He completely changed how we interact with technology”-Wired

“The world rarely sees someone who has had the profound impact Steve has had, the effects of which will be felt for many generations to come. For those of us lucky enough to get to work with him, it’s been an insanely great honor. I will miss Steve immensely.”-Bill Gates

Jobs’ career merged the ’60s and Silicon Valley “in a way that re-imagined business itself”-Steven Jay Levy. “Steve Jobs’ reality field actually came into being. And we all live in it.”

Think back: “There’s about to be a new delivery vehicle in higher education in America”-Steve Jobs, 1987, C-SPAN.

“May the uncompromising vision of Steve Jobs live on, inspiring others, making them reach further, do better.”-Tim O’Reilly

“His ambitions took him, and us, to extraordinary places”-Harry McCracken

Steve Jobs “brought together art, humanities and tech: he was one of a kind”-Laura Sydell

Walt Mossberg wrote about “The Steve Jobs I Knew.”

“Yesterday, I lived on a world with a Steve Jobs in it. Tonight, I don’t.”-Andy Ihnatko

“Every generation has its heroes.”-Om Malik

Steve Jobs said “don’t let the noise of others’ opinions drown out your own inner voice.” I won’t.

He gave us inspiration to write our own melodies, to insist on hearing the songs in our heads voiced to the world, whether that vision was wrought in gleaming glass and aluminum, drawn in fanciful pixels or published, echoing Gutenberg’s first revolution.

2 responses to “Thank you, Steve Jobs”