On online trust, reputation, satire and misquotation on Twitter and beyond

The issue of online trust deeply resonates with me. People can and do lose jobs or opportunities because of social media. I do not find intentional misquotes of someone, particularly any journalist or government official, funny. It’s happened a couple of times to me recently, so I thought I’d offer some personal reflections on why I asked those who did so not to change my updates or to substitute words I never used. 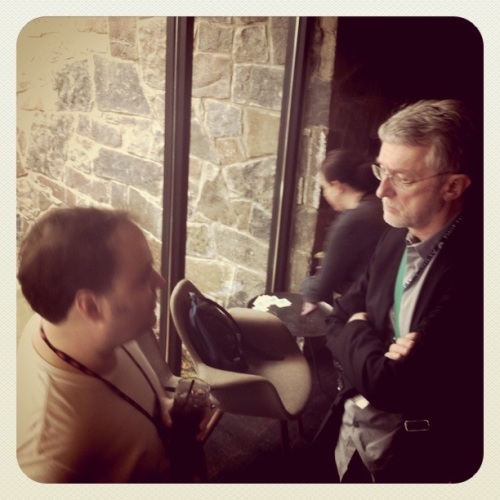 1) The size of someone’s following is irrelevant. One tweet to 100 can easily be picked up globally. Context that one person has is also irrelevant to the choice, because the update can be quickly shorn of its origin.

2) I’ve heard that I shouldn’t ask others not to intentionally misquote me because it will “hurt public engagement” or diminish the interest of others in amplifying my signal. I accept that it could affect “engagement” with those I challenge. I prefer to correct the record, especially while history’s rough draft is still being written, to protect my reputation against a misinterpretation of something I never said than that abstraction.

3) With respect to tone, I don’t believe that asking someone politely, directly, to please retract or correct a update is unduly “harsh.” Similarly, I don’t think that objecting to someone else changing my words without indicating that alteration is insulting. In either case, I can also choose to share my request more broadly with an entire audience or use stronger language, though neither is my first or second recourse.

4) Whenever I have asked others to respect the integrity of my writing, whether it’s in 140 characters or 140 paragraphs, I stand by that choice. I’ve been making it for many years and will continue to do so. I’ve reviewed those decisions against the advice of journalism professors and open government advocates and am now in a relatively good position to make a judgment myself, often in a short period of time. It’s quite straightforward to natively RT someone without changing any text, or to share words on Facebook, Tumblr or Twitter.

5) I don’t see my presences here, on Facebook or Twitter as simply “personal accounts,” as I use them all professionally. I don’t see them as 100% professional, either, since my words any of them do not represent the official views of my employer unless they are shared on corporate accounts. My own accounts also travel with me between positions. Certainly, updates sent to family and friends via circles or closed groups are at least expected to be treated differently, though there’s no guarantor of it, aside from trust in the recipients. Over time, some number of people have chosen to regard me as a trusted source in those contexts. That’s a series of relationships that I’ve built carefully on several platforms over many years, with a great deal of time and attention built to accuracy and focus upon what matters.

6) With respect to scope, If anyone thinks his or her own “personal account” couldn’t inadvertently do damage to that reputation with a joke that went viral, I believe that they are very much mistaken. Here’s a Twitter-specific reference: The decision to place different weight on tweets @attributed to me is based on my history, reputation and trust, along with years of accumulated algorithmic authority. When someone tweets “RT @user: quote,” it indicates to everyone who reads it that the named @user wrote the tweet. To date, I haven’t seen those kinds of issues on Google Plus. Regardless, if someone keeps doing that after being asked politely to stop, the next step is to expose them and then, failing changed behavior, block them.

7) Satire is absolutely approved on social networks, including satiric impersonation. (Ask Rahm Emanuel!). If someone sends out a satirical tweet, update or ‘plus’ that “quotes” me, another writer or a public figure with a goofy picture, it wouldn’t be out of tune with what the Borowitz Report or @MayorEmanuel do. That’s fair game, like SNL skits. Updates that imply actual words (like RT @user”fake quote”) are not, at least in my book.

Are fake updates “allowed?” Governments, corporations, and all kinds of other agents put them up. I think we’ll see more of it. Someone can lie or obfuscate of they want — I think it’s increasingly difficult to do so, though it will continue to happen, particularly in conflict zones. The role of editors and journalists on these networks — and open government advocates or technologist — is to sift the truth from the fiction.

8 ) With respect to whether social media is used differently by journalists, whether different rules apply or whether there are “formal rules” applied to it, I’ve seen enough policies emerge to know that the same standards that apply to those employed by media organizations that distribute journalism on television, public radio or print magazines.

I’ve seen a lot of thought given to the issue of trust and its relationship to media using social networks, particularly by big journalism institutions and those that work for them. This isn’t about rhetoric: it’s about created trusted relationships online over time, where authority and truth aren’t simply stamped by a masthead by given by networks of friends, followers, colleagues and networks. The idea that you don’t need a reputation to succeed, at least as a writer of non-fiction, strikes me as patently false. Trust and reputation is why your pitch is accepted, why you are hired or retained, followed or unfollowed, feted or fired.

When journalists really get things wrong, they can lose trust, reputation and, in some cases, their jobs. And yes, that can include satire gone wrong. My point tonight was to recognize that the professional and the personal have crossed over on these networks.

What I say or what is incorrectly said on my behalf can and does have significant offline effects. In other words, it’s more than a personal problem, and it’s one that you can expect me to defend against now and in the future.